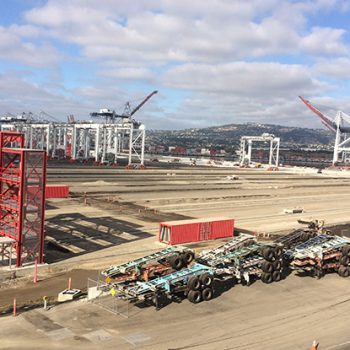 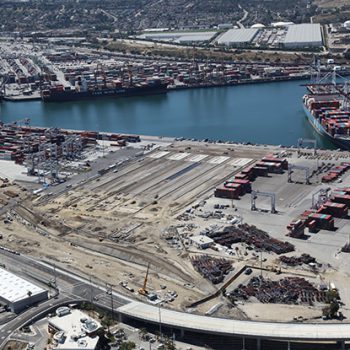 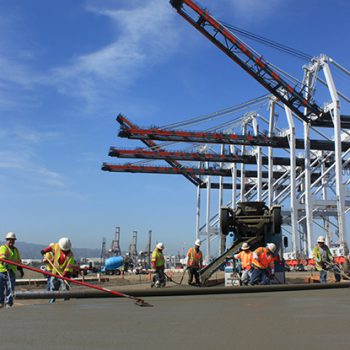 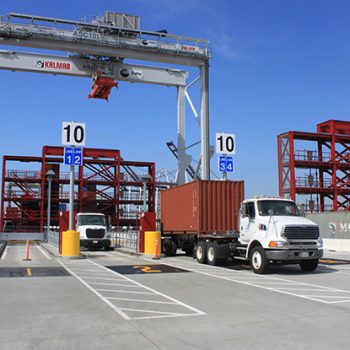 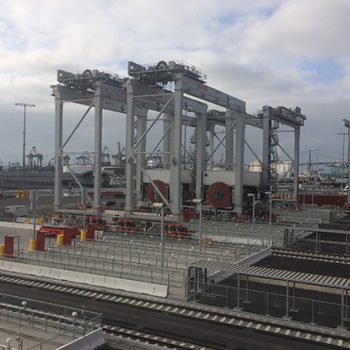 The Berths 142-143 Backland Improvements Project is part of the automated container terminal program at the TraPac terminal in the Port of Los Angeles. The automated terminal improves the efficiency of cargo and container handling, reduces the emissions of greenhouse gases by switching to electrical carriers and cranes, and decreases terminal operating costs. Fifteen individual blocks were constructed to stack incoming containers and to load the trucks’ chassis. Shipping containers are unloaded from a ship and the automated terminal moves, stacks, sorts, and loads containers onto trucks for transport.

The project was completed ahead of schedule and under budget.