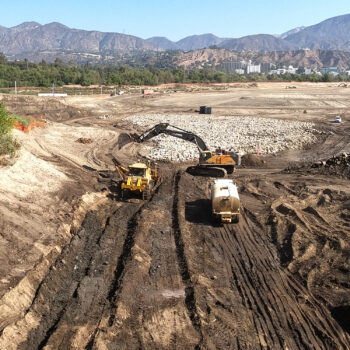 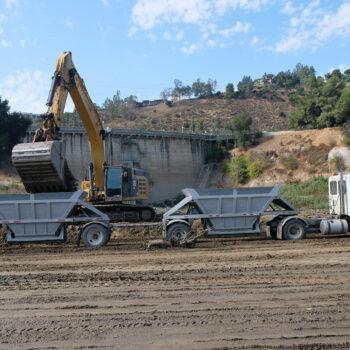 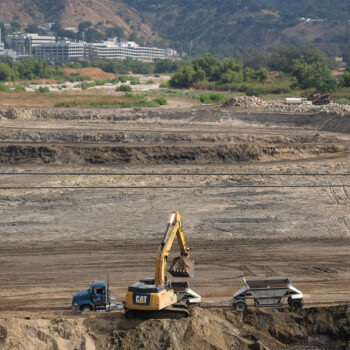 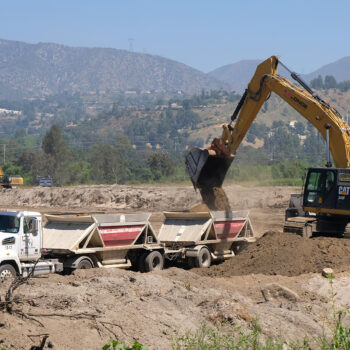 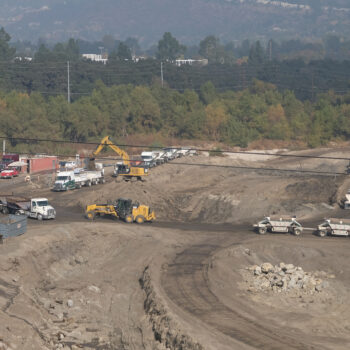 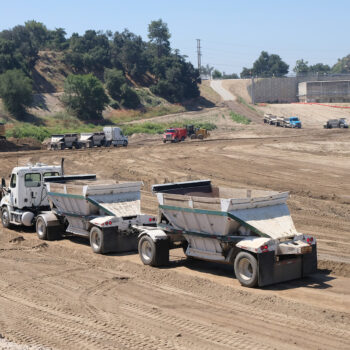 The Station Fire was the largest wildfire of the 2009 California wildfire season, as well as the largest wildfire in the history of Los Angeles County. The Fire burned over 160,000 acres of the Angeles National Forest. The storms that followed that year washed in over 1.3 million cubic yards of sediment to the Devil’s Gate Reservoir located at the base of the San Gabriel Mountains in Pasadena, California. Due to this, the reservoir was left in a vulnerable state and lacked the storage capacity to withstand a major storm event.

The Los Angeles County Department of Public Works took on the project to remove roughly 2 million cubic yards of sediment from the Reservoir in order to increase its capacity to aid in flood control. The Public Works department contracted Griffith Company to perform the sediment removal operation which was scheduled from the spring of 2019 to the fall of 2022. During the course of the project, Griffith Company constructed east and west access ramps in the reservoir and removed close to 1 million cubic yards of sediment. Excavation and loading into double bottom dump trucks occurred every workday unless rain or red flag fire warnings were present. Griffith Company also conducted additional grading work on the east and west sides of the reservoir at Johnson Field and Manning Pit.

Community involvement and oversight was unprecedented in this project, requiring constant coordination and teamwork between Griffith Company and Los Angeles County Public Works. In addition, the project team implemented jobsite strategies to ensure the strict environmental restrictions from the State Water Resource Control Board and AQMD were met. Due to the success of the project, the reservoir now has increased capacity, and the surrounding communities have a successfully restored landmark offering both scenic and recreational opportunities.